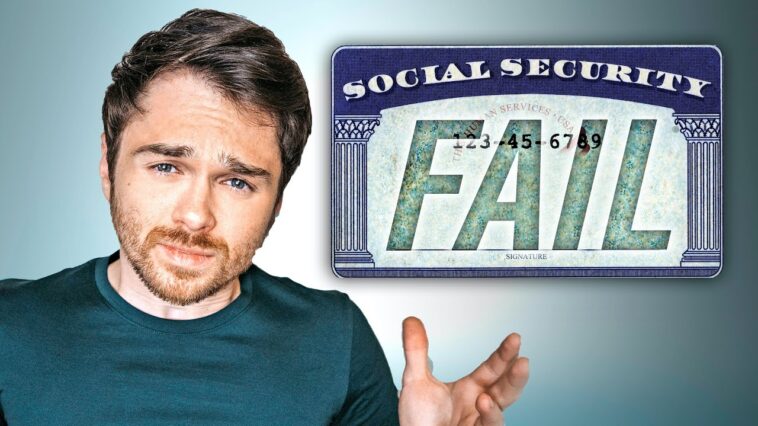 The average social security paycheck was around $1,470 as of 2019. But did you know if we were to get rid of social security today, 48% or nearly 1 out of every 2 people over the age of 65 would be considered living below poverty?

If you’ve been keeping up with the Cares Act, you might remember that President Donald Trump said this “We’re not doing anything without a payroll tax cut”.

This means he wants to include payroll tax cuts for our corporations in Phase 4 in order to incentivize businesses to hire us to come back to work which makes sense, the more money businesses can keep, the more likely they’ll use it to pay and hire back their employees.

However, guess which program gets the majority of it’s money from Payroll taxes? Social Security. This means there’s a problem because as of the calculations of today, social security is set to run out around 15 years from now but there’s a few things that we need to pay attention to that are about to speed that up.

Social Security was originally invented out of a need after the Great Depression of 1929 when millions of people were left with no income, no savings, and no job – not unlike what we’re seeing today. The program was created to help out retirees and disabled people in order to supplement some of their income. This program was supposed to be a TEMPORARY relief that was never meant to replace ALL of people’s incomes forever, but only part of it temporarily. Eventually social security became a permanent controversy of the US.

Today, you and I pay into this program REGARDLESS of whether or not we choose to. If you’re employed and have a job, you pay 6.2% of your income and your employer then matches that 6.2% for a grand total of 12.4% per year in taxes which is why it literally PAYS to have a job. If you’re self employed bum like I am, I get to pay the 12.4% all by myself, because there’s no one to match my contribution. Luckily, this 12.4% has a limit of $137,700 for the year as of 2020.

The way this program is funded is that all of the social security money goes into one giant pile of money like in a high stakes poker game where everyone chips in. That money is then distributed back to us at retirement age in proportion to the average of 35 of our highest earning working years.

And for each dollar we pay in social security taxes, about 85 cents of it goes toward retirees, and the other 15 cents goes towards people with disabilities.

President Donald Trump and his administration have wanted permanent tax cuts to payroll as part of the CARES Act for Phase 4. That means companies could get to keep that 6.2% that they pay for employing us. But, because of the illness, many people aren’t working therefore the social security program is getting less money.

To make matters worse, in 2019, the program paid one trillion 47 billion dollars out as benefits, but it only received 944.5 billion, so the program is paying out more money than it is collecting.

Either we eliminate some of the benefit that we pay to seniors and disabled people, or we raise the payroll taxes meaning everybody pays more in taxes which, or the most popular solution is we raise the retirement age because people are living longer.

Even if social security runs out of money, remember, it still has enough to pay around 79% of the money that we’re owed in retirement, all the way until 2090. So even though the media tries to scare you and say that we’ve run out of money, we will technically still be paid, just not as much.

If you choose to start withdrawing at the age of 62, you will lock in your rate for life – and receive only 70% of the amount you are owed because you chose to withdraw earlier – but contrary to what people think, that income does NOT go up as you get older – it’s locked in once you start collecting. If you can wait till 70 though, you’ll get 132% of social security.

*Links above include affiliate commission or referrals. I’m part of an affiliate network and I receive compensation from partnering websites. The video is accurate as of the posting date but may not be accurate in the future. 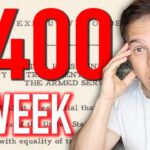 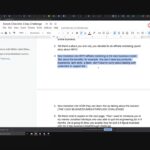